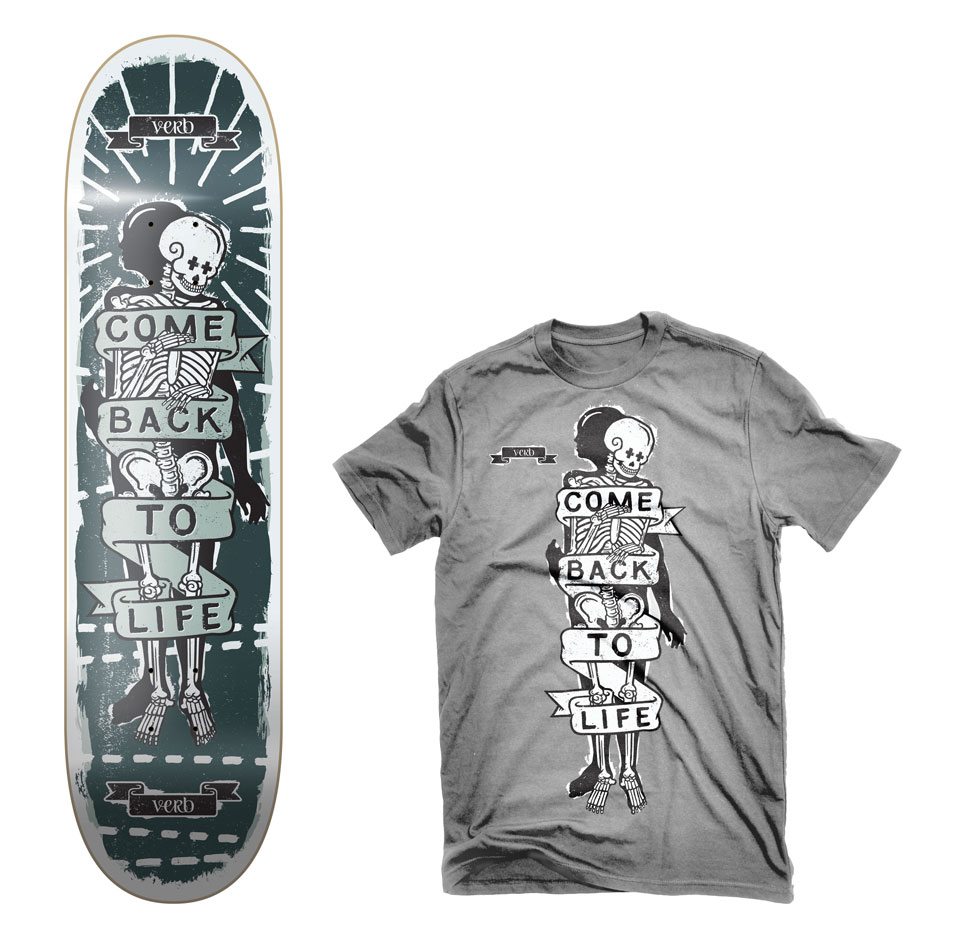 It’s a cross between a Biblical resurrection and a flipping bad-ass zombie skeleton ghost.

Bruce Mackay is a Cape Town based visual artist. After graduating with a Diploma in Visual Communications at AAA School of Advertising Cape Town in 2008 he began working as a motion graphics designer for television and a part-time illustrator in 2009. In early 2010 he moved to become a full-time freelance illustrator and designer and to spend more time focussing on his artwork.