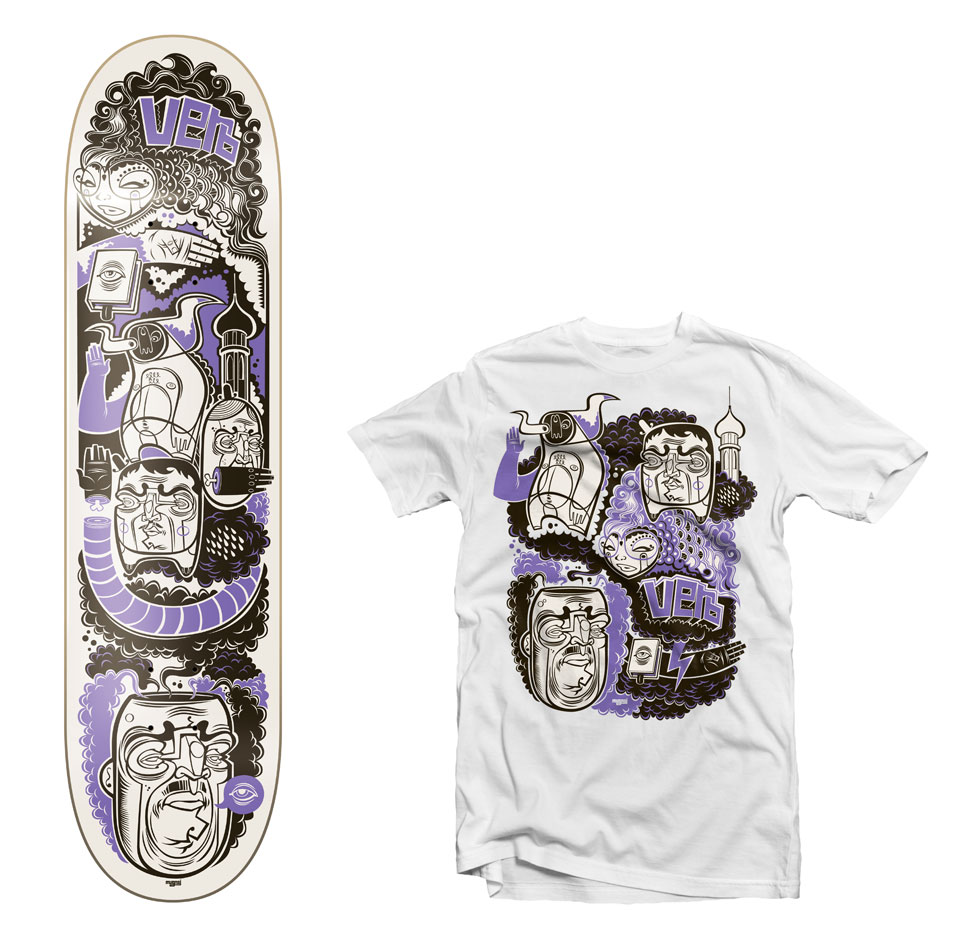 My piece is called “Troubling Thoughts”. Our brief was to portray what inspires us as artists and interpret the concept behind Verb’s core beliefs: Inspiration, creation and action. I wanted to portray that defining moment, where your thoughts come together to create an idea. Like storm clouds invading your head, changing shape as they mould and adapt themselves in a never-ending space. Flashing images of objects, smells, feelings and colours that are subconsciously embedded and stored in your mind from every day life, that may have inspired you without you even having realised it.

Christian Mugnai is an illustrator / designer based in Durban, South Africa.

Christian Mugnai was born in 1979 in a little town called San Bovio on the outskirts of Milan in Italy. His love-affair with drawing goes as far back as he can remember. As a shy and somewhat introvert child, growing up he was most content doodling away on the floor, surrounded by scattered crayons. Drawing took up most of his pastime and he doodled on just about anything he could find. His loving parents, who took note of his early passion for this craft, encouraged him to express himself as much as he could – of course with as little damage to their household contents as they could possibly endure. Near the late 80’s, Christian and his family immigrated to South Africa to a little sunny town called Durban, found on the east coast. The warm city and its friendly people welcomed Christian, and he still calls it home to this day.
Christian considers himself fortunate to have experienced such diverse cultures growing up, and feels it has given him a greater perspective on life, which reflects strongly in his work. He believes that it’s the experiences in our lives that mould us into who we become.

Christian currently works as a freelance Illustrator/Designer in Durban to pay the bills, but his real passion lies with his hands in fresh paint, unrestricted by any brief.