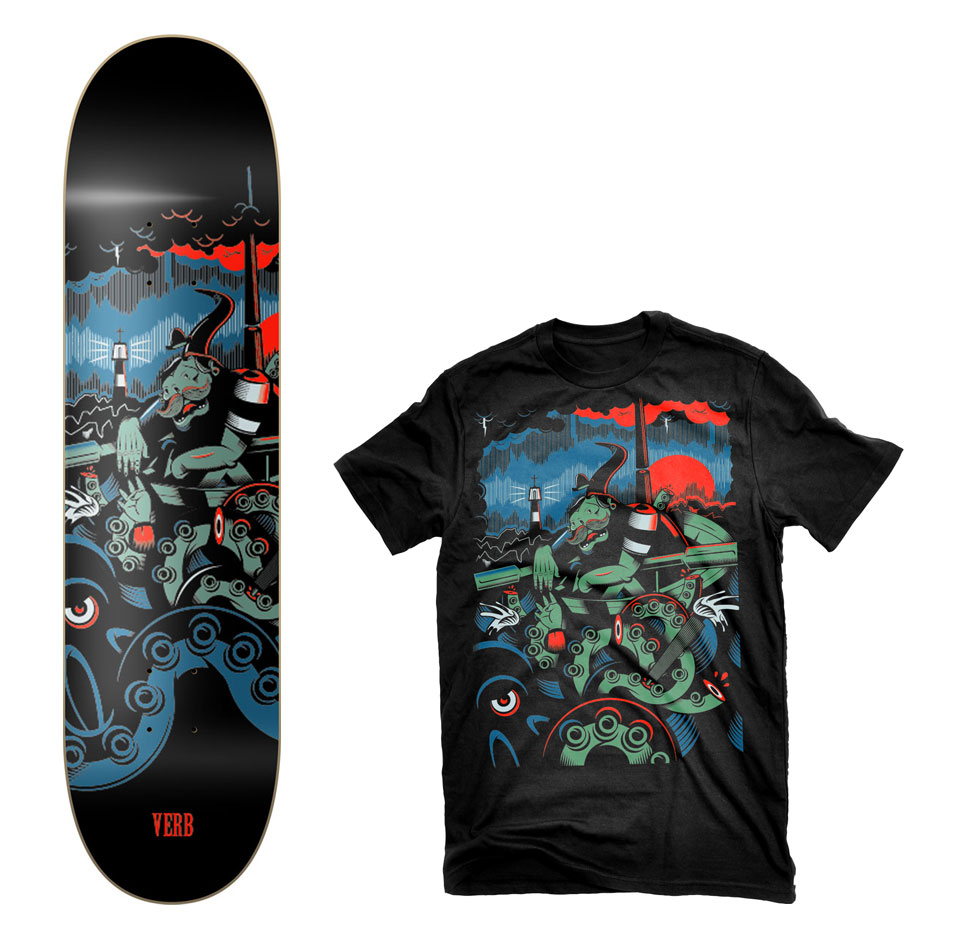 I did the sketch a little while ago at work and I quite liked it. I developed it further at home on my light box and viola! You can read a lot of things into it if you want. It’s a basic message of rescue and salvation.

Dylan Jones aka Theory One is a graphic designer and illustrator based in Cape Town, South Africa.

Theory’s work is, as always, bold and striking with a definitive combination of form and pattern that makes him one of the better illustrators in South Africa. – We Are Awesome