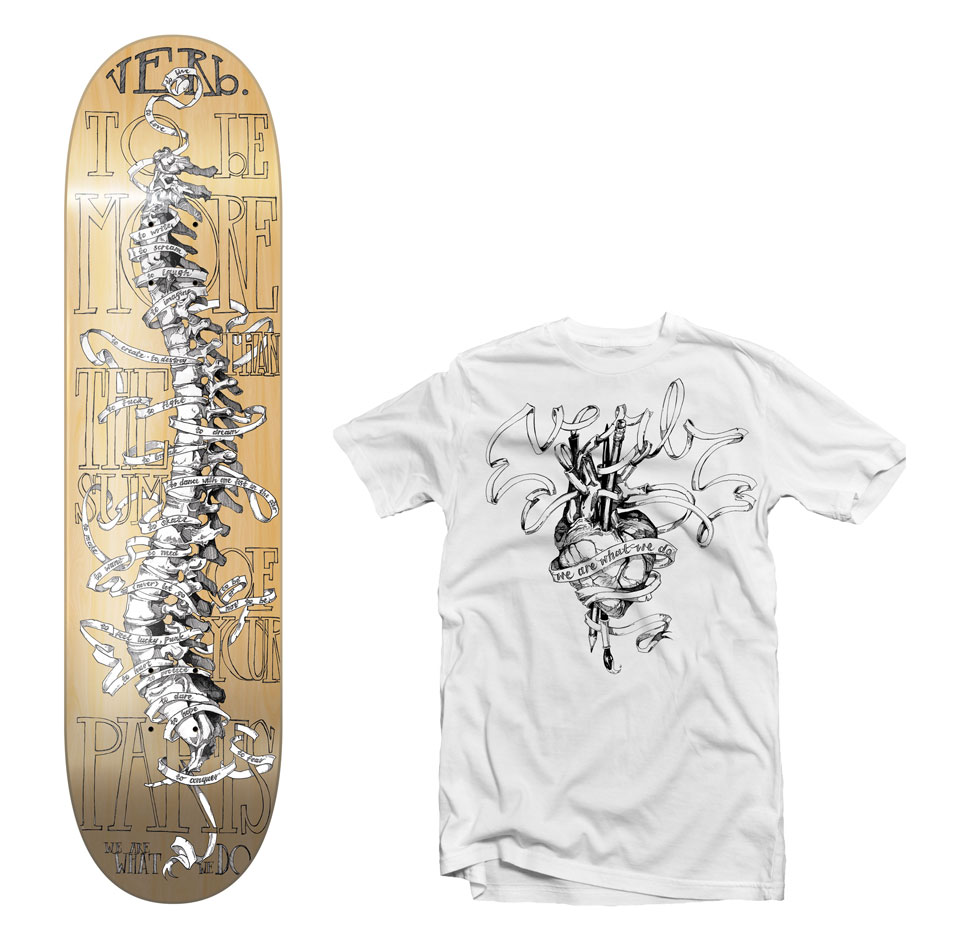 In 2011 I was invited to be one of 12 artists who each designed a deck for their launch range. I worked with the idea of a verb being a “doing word”, and depicted a life-size spine wrapped in a scroll. Many different verbs are on the scroll – representing our actions that will eventually define us.

We are what we do; we are more than just the sum of our parts.

Alice Edy is an artist, letterer and illustrator based in Cape Town, South Africa.

I live in Cape Town, where I work/draw/create/consult/write on lots of varied and interesting creative projects that find me here. Mainly though, I love letters and words, and fusing traditional modes of typography with current aesthetics and content. My preference is loyally analog – I work with my hands, pens, brushes and inks as much as possible, with digitising usually being the very last step of the process. I studied Calligraphy when I was in school, and went on to study Fine Art and English Literature at University. After graduating in 2009, I worked for a branding & design agency in Johannesburg, until 2011 when I moved here, close to the ocean and have been freelancing ever since.

Over the past 2 years I have created custom hand-lettering across wide variety of brands, from skateboarding to high-fashion; including logos for Revolution (skate) and Wavescape (surf), illustrated for Red Bull, as well as doing envelope calligraphy for Louis Vuitton South Africa.

I laugh at myself constantly, but take what I do very seriously. When I am not in my studio I can be found reading a book and eating peanut butter, or playing on the beach with my awesome mongrel dog, Sorrow. You will know me by my dirty inky-fingers and inappropriate jokes.