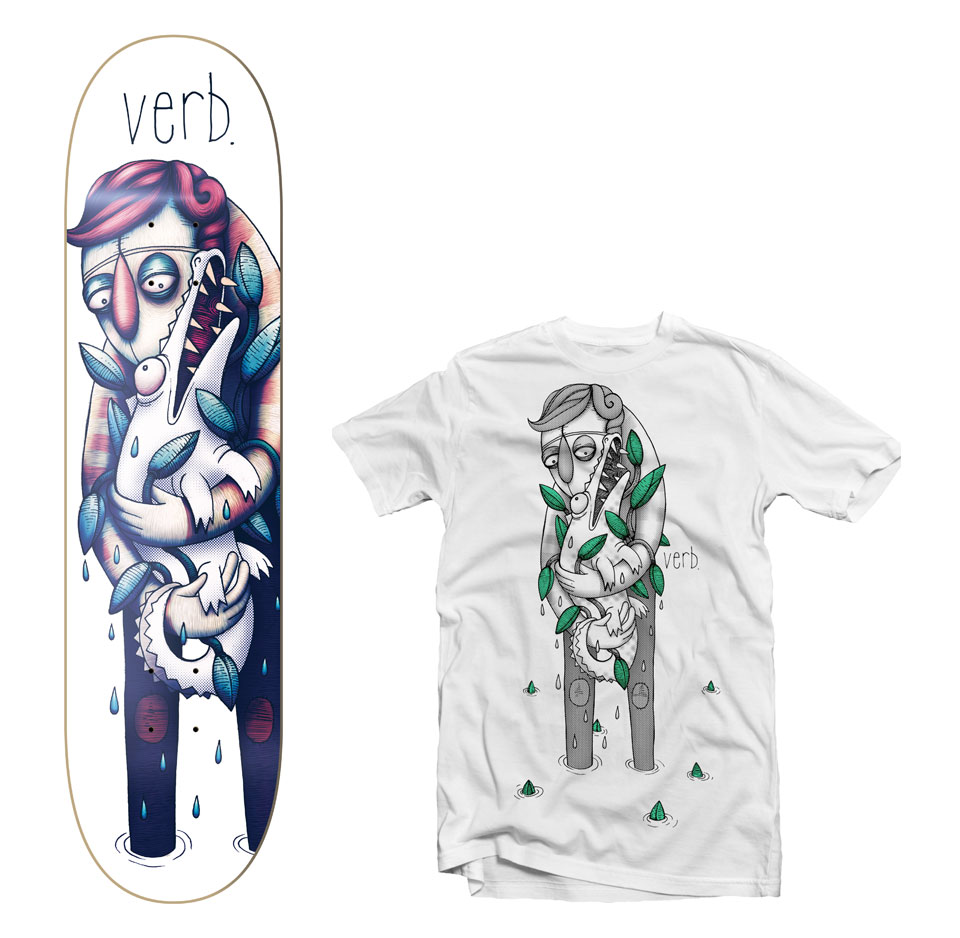 Verb – well, love. The act of loving being the ultimate thing to do. The imagery depicts a little croc being rescued by a man. The man loves the awkward creature even though it has its flaws. You can pull it all together in the idea of a Father/Son or God/Man relationship.

Louis Minnaar is a graphic designer, animator and illustrator based in Pretoria, South Africa.

Based in Pretoria, Louis Minnaar has worked as a Designer, Animator, Illustrator, Director and ‘general picture-maker’. He’s been a practicing visual artist since 2003. He makes music with Bittereinder, and with his sister in MiNNAAR. Get the picture yet? Many talents. – Between 10 and 5