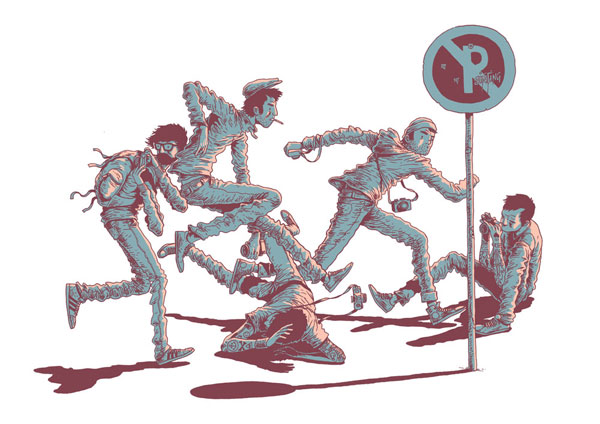 Gerhard Human is an artist based in Cape Town, South Africa. He is also one of the artists who did a deck graphic for the new Verb Artists Series 2013 range, which will be here soon. We caught up with him to chat about his graphic and what went into it…

Why not? Get my own personal deck AND exhibit with some rad people!

I lost a Traser watch in Montagu 3 years ago. It was black and had orange bits on the numbers, in case if anyone finds it… I found R20 in my back pocket a while ago! That was great.

I wanted to do a design that you can spend time looking at; something that takes you away from the surroundings you’re used to and add a sense of adventure.

Well, nothing stays beautiful forever. That’s the nature of life. Things deteriorate and from that comes new ideas. There’s a Buddhist practice of crafting an intricate mandala out of coloured sand, which takes hours, even days to complete. After it’s finished they destroy it and start all over again. It’s supposed to teach you about the impermanence of material things… I guess in that same way letting go of precious material things is therapeutic.

The exciting thing is the audience it will be exposed to. Doing a painting that hangs in a gallery is great but is often only seen by upperclass people who’re in the habit of buying art. Whereas, a skateboard will be used by people like me. People who LIVE a creative life.

Some more examples of Gerhard’s work: