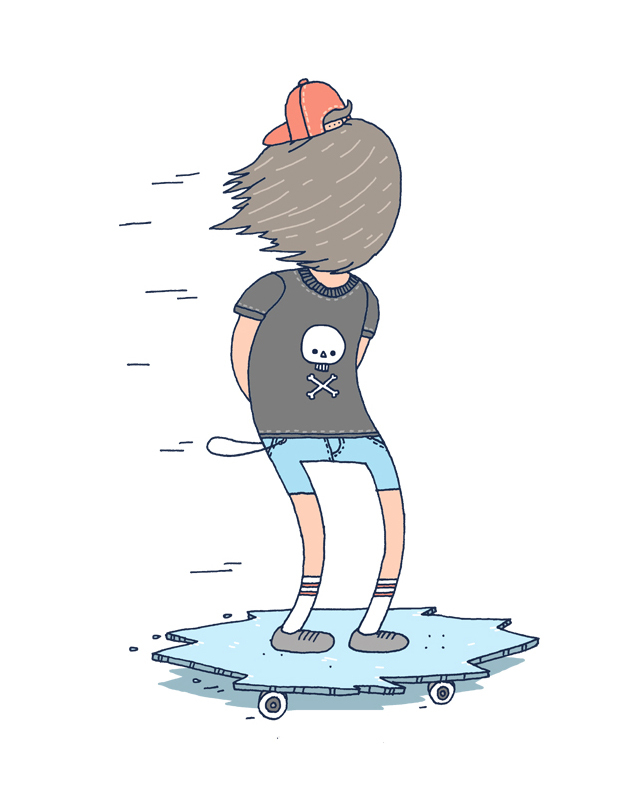 Jaco Haasbroek is an artist based in Cape Town, South Africa. He is also one of the artists who did a deck graphic for the new Verb Artists Series 2013 range, which will be here soon. We caught up with him to chat about his graphic and what went into it…

As a kid I once picked up R20 at a fair and was really happy about it, thinking that I now had R40 to spend, only to realise that I had lost my R20.

I was thinking about the word ‘nowhere’ and how, when broken into two, it becomes ‘now’ & ‘here’. So it represents both being lost and found. I then applied this to the old saying “I’m in the middle of nowhere” which, when stated, is both a declaration of being lost, but also establishes a specific location – if that makes any sense. I then just turned the ‘H’ into a character, seeing as he is literally in the middle of nowhere.

I don’t mind. If people want to keep the artwork in tact they can hang it on a wall. It is, after all, a functional object and there’s something great about the artwork changing as it gets used.

It lends itself well to being a flat surface to print on, but also has some slight curves and this makes it sculptural. It seems to become an art object, as apposed to just another print.

Some more examples of Jaco’s work:

The i In TEAM