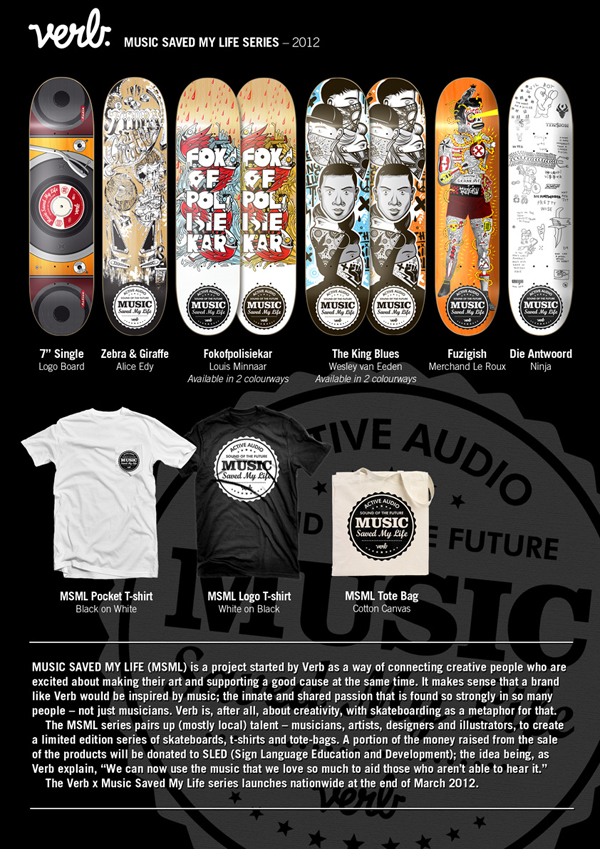 MUSIC SAVED MY LIFE (MSML) is a project started by Verb as a way of connecting creative people who are excited about making their art and supporting a good cause at the same time. It makes sense that a brand like Verb would be inspired by music; the innate and shared passion that is found so strongly in so many people – not just musicians. Verb is, after all, about creativity, with skateboarding as a metaphor for that.

The MSML series pairs up (mostly local) talent – musicians, artists, designers and illustrators, to create a limited edition series of skateboards, t-shirts and tote-bags. A portion of the money raised from the sale of the products will be donated to the Sign Language Education and Development (SLED); the idea being, as Verb explain, “We can now use the music that we love so much to aid those who aren’t able to hear it.”